I was honoured to be selected for the Team GBR Nations Cup team at Camphire International in the CCIO4* riding Caroline Harris’ AMAZING VIII (Maisie) and I was also riding Ayesha Vardag’s VARDAGS SARATOGA (Sara) as in individual at her first attempt at this level.

After feeling very feisty during the arena familiarisation I wasn’t feeling hugely confident ahead of her dressage, but she pulled out all the stops and performed a stunning test to score 27 to go into the lead. After the first day of dressage she held joint first place with Team GBR sitting in silver.

The following day Sara performed a really strong test especially as she is so inexperienced at this level – She stayed calm and relaxed in her walk and pirouettes and delivered two clean changes to score a sold 32 with plenty more marks to come when she develops more strength and expression. 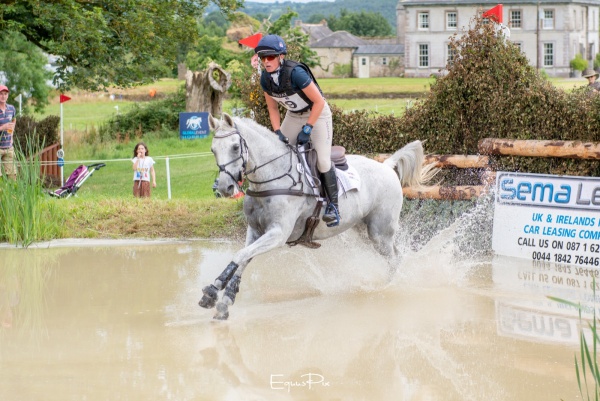 On cross country day is became clear that the technical twisty course was going to cause plenty of problems with missed flags everywhere, and it also seemed that the time was going to be very tight. I went as fast as I could on Maisie but still picked up 3 time faults with dropped us to 4th place. I will still over the moon with the ride she gave me and the scores were so tight at the top! I didn’t press to much for the time with Sara given it was her fist attempt at advanced level and we ended up taking un unplanned ling route early on. She gave me a super round finishing clear with 14 time.

Both girls sailed through the trot up on Sunday morning thanks to Charlotte’s care and attention and came out looking amazing for the show jumping. Again the course was very twisty with a tight time. Right from the start clear rounds were few and far between. First up for us was Sara who jumped out of her skin for a beautiful clear inside the time to move up to an eventual 14th place. Had we pressed on XC and gone inside the time she would have finished in 4th which just shows what an exciting young horse she really is. 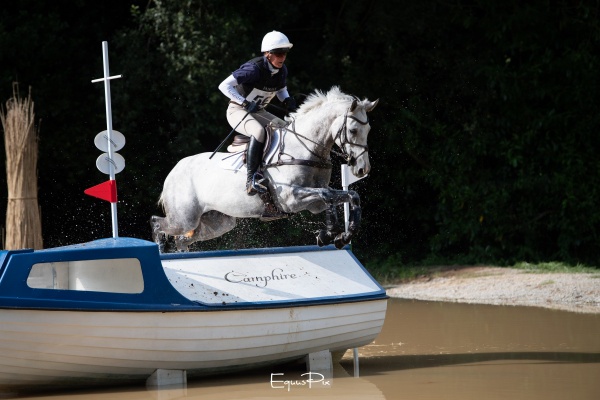 Not to be outdone Maisie also showed us all what a superstar she still is and jumped another flawless clear round SJ to move up the order and onto the podium to finish in 3rd – her best results at the CCI****S level. We could not be more thrilled with her performance and so proud of how she has come back from her long term injury looking and feeling better than ever.

Unfortunately it wasn’t meant to be for team GBR and we finished down the order but nonetheless it is always such an honour to have been selected and I hope I will have the chance to compete again in more Nations Cups in competitions to come.